How Old is Too Old to Trick Or Treat? 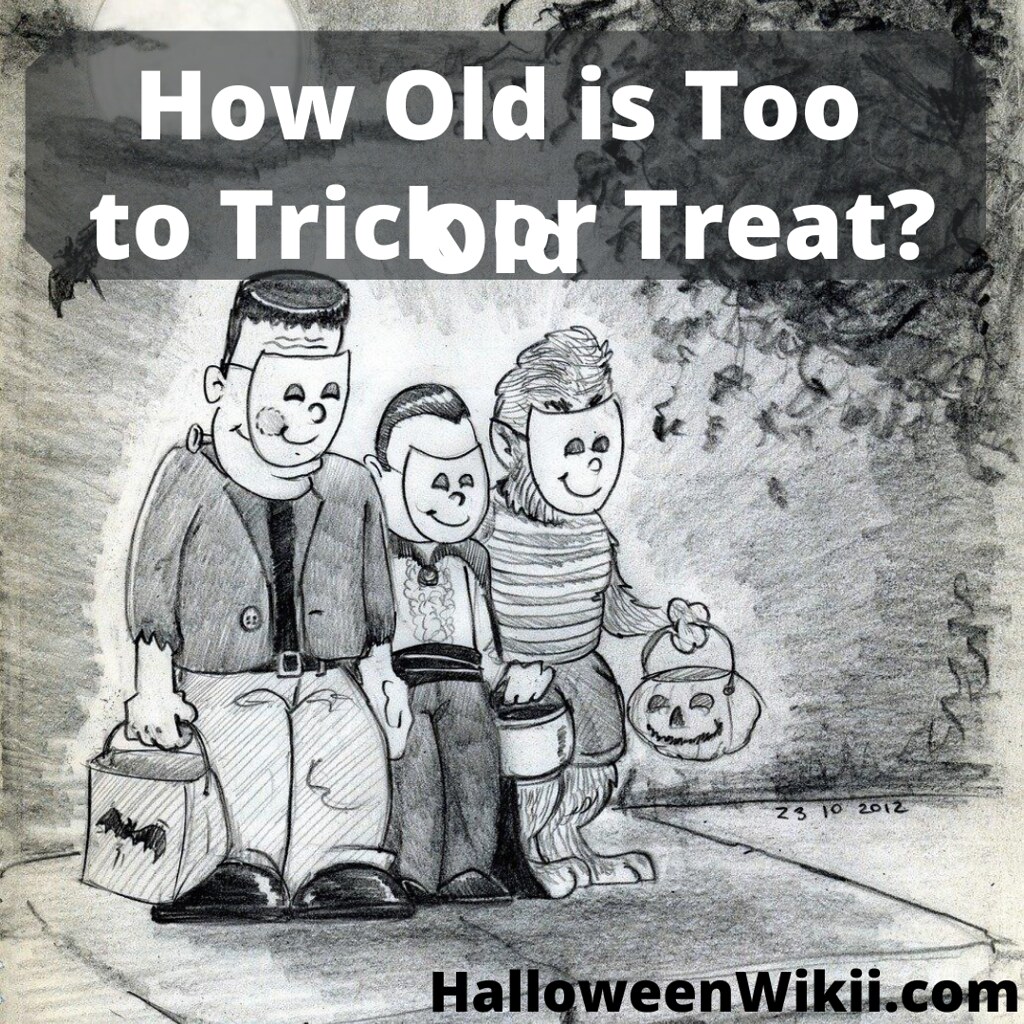 Each year, those handing out candy are seeing older and older kids come knocking on their doors – often later at night, after the younger kids have already been by. This crowd is typically pre-teens or teens, and often without adult accompaniment. This on occasion leaves parents wondering how old is too old for Halloween.

Seeing preschool and elementary-aged kids on Halloween is often a cute sight. They are dressed in adorable little costumes, and are obviously caught up in the excitement of the holiday. They often have mom or dad along with them, both to keep an eye on them and to snap the occasional picture. The older kids, on the other hand, are another thing entirely. They may or may not be in costume or their version of a costume is to smear some fake blood on themselves. Often without parental supervision, they roam the streets as a group late into the night.

Some parents may argue that there is no problem with this and the teens are merely having fun. However, it bears remembering that the teenager years are often a time of experimentation ñ and running around the streets at night unsupervised can lead to all sorts of activities. Even if drugs, alcohol, and sex aren’t concerns, the fact of the matter is that few of these kids are going to look both ways when crossing the street or be wary of unsavory characters that might be lurking in the shadows. And it doesn’t take much for the mob mentality to tempt even good kids to do something that they normally wouldn’t do on Halloween night.

All in all, Halloween is a time for fun, costumes and lasting memories. If you warn them of the dangers and ensure that they are highly visible, with glow sticks and other similar reflectors, is often a good idea to allow your children to trick-or-treat at any age.

Should you rather, alternatives to trick-or-treating do exist!

Does your child still want to dress up? Have him or her dress up and be in charge of handing out the candy to visitors coming to the door. You can then let him or her have the leftover candy at the end of the night (just make sure you have a bag left over).

Or, how about hosting your own Halloween party for your teen and his or her friends? They can then still get to hang out, dress in costumes, and eat themselves silly on candy ñ all in the safety of your own home. Your teenager may even enjoy decorating the house with a spooky theme. If having a dozen teens running around doesn’t appeal to you, then you could also consider harvest parties at local churches, or doing another family activity like visiting haunted houses or hayrides.

While there is not an age limit on trick-or-treating, alternatives do exist and they allow Halloween to be a fun holiday for all ages. All you have to do is find some age appropriate activities that everyone can participate in