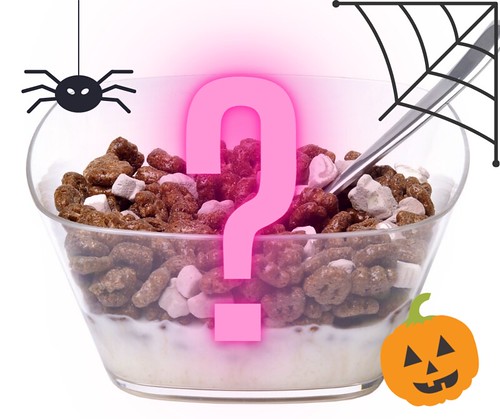 General Mills is celebrating their 50th Anniversary this year and they have a spooky product that will rival Dr. Frankenstein.

General Mills has been producing a line up of Monster Cereals since 1971. The cereal boxes are fun and colorful with cartoon versions of classic Halloween Monsters.

The most recent seasonal cereal lineup has been Count Chocula, Franken Berry, and Boo Berry. Frute Brute and Yummy Mummy have both been discontinued since 2014.

THIS YEAR, 2021, General Mills has been working hard in their dark lab to produce a horrifyingly spooktakular Mash Up of all 5 Cereals in ONE cereal Box – and they have named it Monster Mash

This is what the Monster Mash cereal box design looks like:

Walmart will be selling the Monster Mash Cereal at this link: 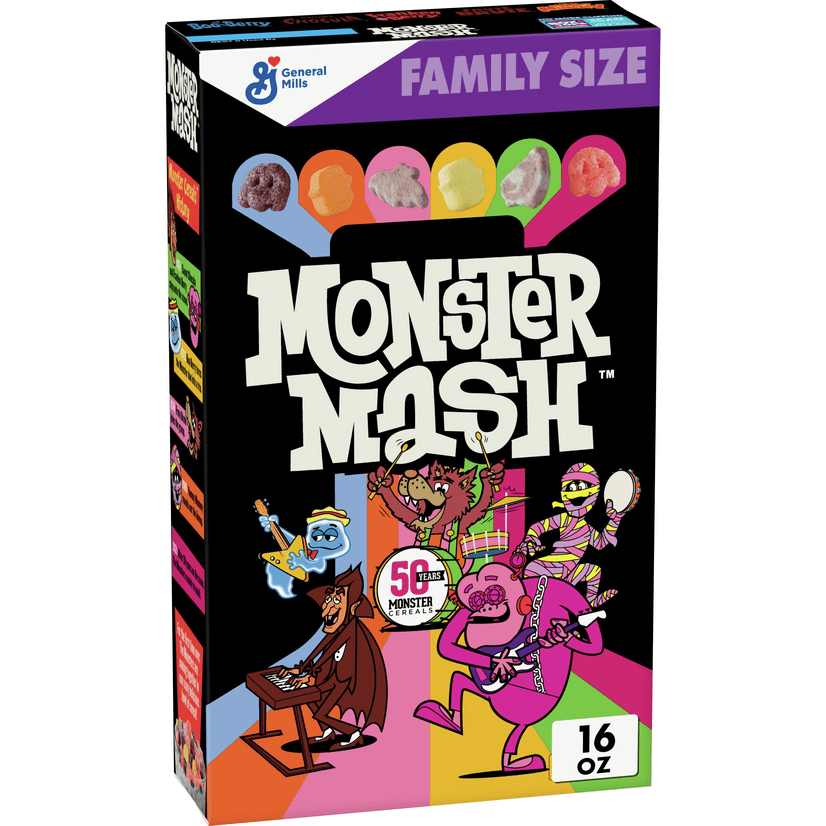 The world’s most Monster group is back together for a limited-edition cereal, andto record their own version of the greatest monster anthem of all time!Monster Cereals(TM) History1971: Count Chocula and Franken Berry step onto the scene.1972: Boo Berry turns the Monster duo into a trio.1974: Frute Brute joins the group.1988: Yummy Mummy rounds out the lineup.2021: After 50 years on the scene, The Monsters reunite to mash.For the first time ever, The Monsters are coming together in one scary delicious bowl of cereal!
CEREAL: Berry-flavored frosted cereal with frightfully-fun marshmallows.
MASH-UP OF ALL MONSTERS CEREALS: For the first time ever, pieces from all Monster Cereals are together in one bowl.
RETRO DESIGN: Classic character designs to celebrate the 50th anniversary of Monster Cereals (including the return of Yummy Mummy and Frute Brute).
MONSTER MASH EDITION: Special edition box that takes you to the Monster Cereals remake of the Monster Mash song.
MONSTER CEREAL HISTORY: Learn when all the Monsters stepped onto the scene and rocked the world.
CONTAINS: 16 oz